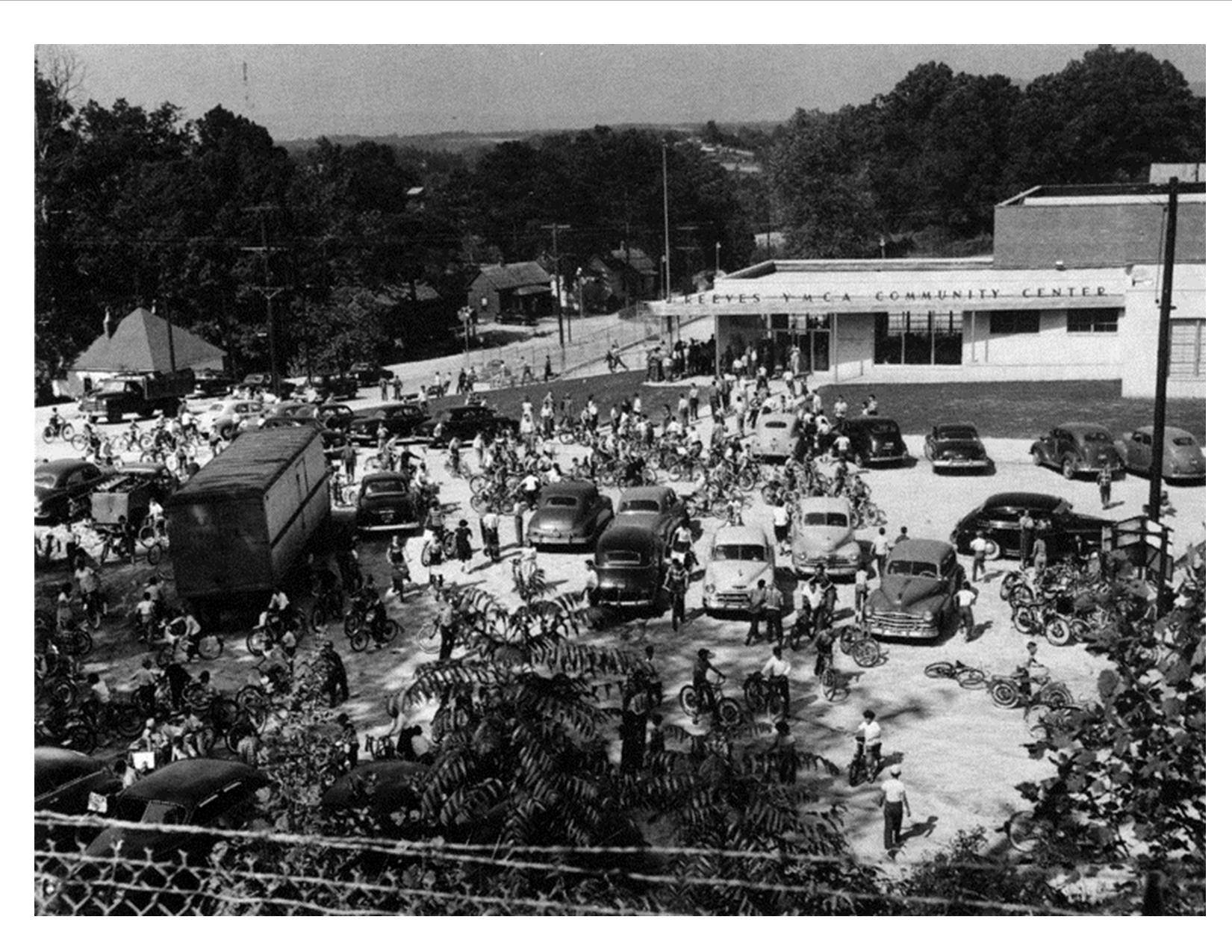 Originally constructed in 1951, Reeves Community Center has served the growing and evolving needs for the citizens of Mount Airy and surrounding areas for 7 decades. Reeves Community Center, or RCC, was originally a YMCA, then a Non-Profit Organization and now serves as headquarters for Mount Airy Parks & Recreation Department. Programs offered over the span of 7 decades include but are not limited to:

There have been several milestones throughout the history of Reeves. In 1984, Reeves successfully raised over $1,000,000 to renovate the entire facility. In 1995, Reeves raised $450,000 to complete a 45’ x 75’ state of the art indoor pool. In 1996, Reeves again renovated the facilities to incorporate four new classrooms and a 5,000 square foot multipurpose area. In 2005, Reeves Community Center was incorporated by the City of Mount Airy to develop Mount Airy’s first Parks and Recreation Department. Today it continues to serve as the departmental headquarters for the following 6 divisions that make up the Parks and Recreation Department: administration, athletics, family services, aquatics, health and wellness, grounds and cemetery maintenance. With all this growth and support, Mount Airy Parks and Recreation continues to be the largest and most diversified recreation department in Surry County.